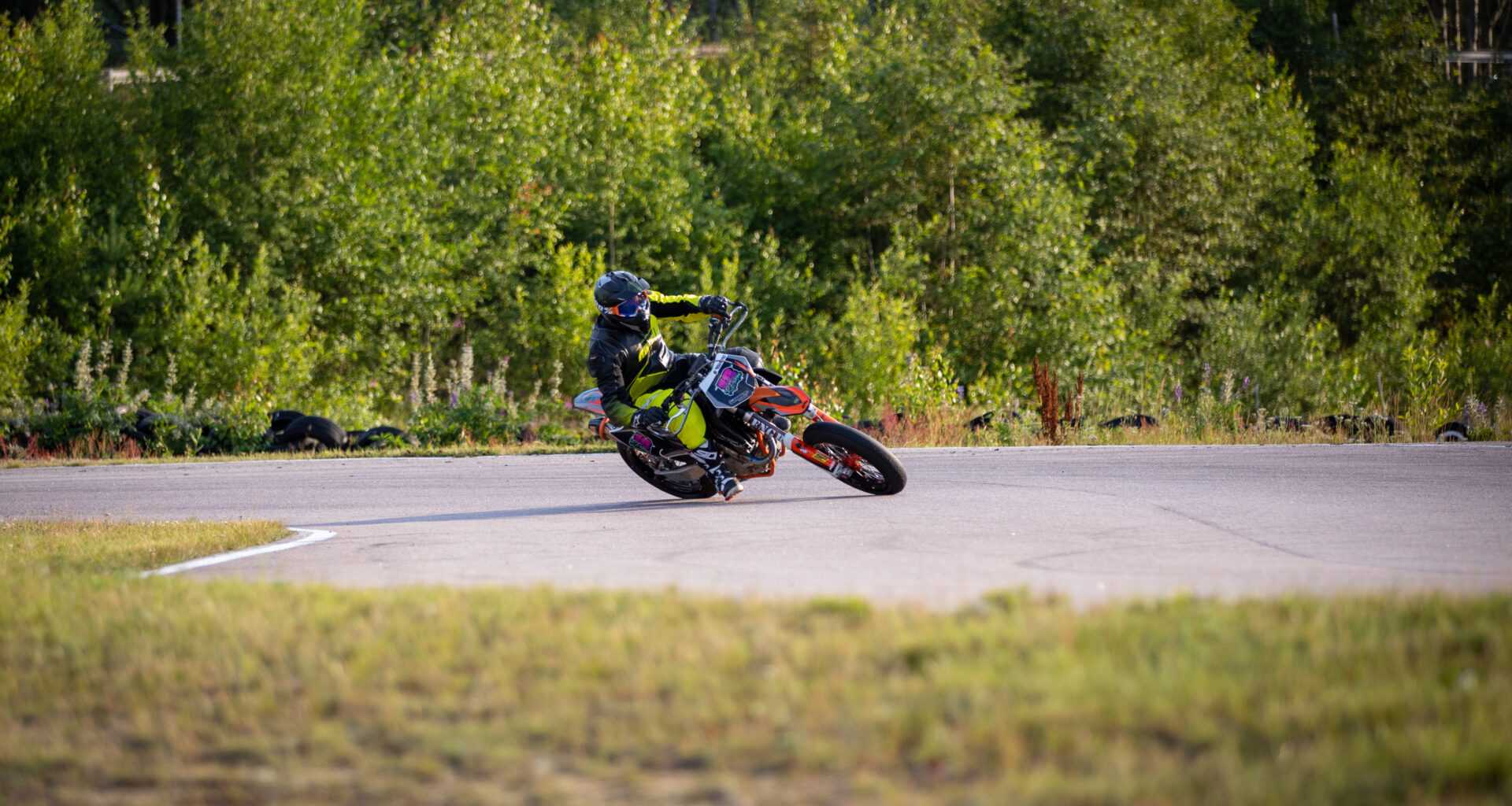 The QS (quickshifter) is an external device that you hook-up to your bike. The QS works by cutting the fuel supply to the cylinder for a set amount of time. The master unit controls the operation and this is where the cut-off time is set. When the fuel is cut, the engine no longer accelerates the rear wheel. That creates enough of a gap between the gears in the gearbox to allow for the next gear to be slotted in. If the QS is set to a very short cut-off time, the gearbox won’t have time to change gears before the engine starts acceleration again. You’ll notice this by the gears either jumping back into the lower gear or finding a surprise neutral.
So with a QS installed we will be able to shift gears without letting of the throttle. It surely sounds like it would make you faster, doesn´t it? Let´s find out.

We ordered the QS from SP:s website, paid with paypal and everything went smoothly.
The kit arrived in a box and consisted of a main unit, a shiftsensor for the gear lever and a small cable harness. The length of the harness alllows for mounting pretty much anywhere on the bike where you would want to. We opted to place it under the seat where it’s protected and easily available for adjustments. The sensor on this particular device only activates when upshifting, but there are other models/manufacturers with units that activates even when downshifting.

The installation was done in less than 30 min. First of all we connected the harness plug to the injector on the bike. The harness plugs directly into the injector without any damage to the bikes harness. The kit also came with a quick connector for connecting the TPS (Throttle positioning sensor) without having to cut the cable. The last step of the installation was to connect the earting cable.
Once all of it´s hooked up the manual walks you through a calibration of the system.

To adjust the cut-off time, there are three dials on the main unit. It’s possible to adjust the cut-off time from 40 ms up to 99 ms in1 ms increments. There´s also an option to adjust a separate cut-off time for those gear shifts that happen when you are not on full throttle. The manual recommends 70 ms for full throttle shifts and an additional 5 ms for non-full throttle shifts. When we tested the device at 70 ms, the cut-off was just way too long. There was a clear gap in the acceleration while waiting for the power to return. 70 ms may not sound like much, but while on the throttle it really feels like an eternity. We tried different settings all the way down to 40 ms. 40 ms turned out to not be long enough for the gears to fully engage and we started to experience false neutrals. So we settled on 45 ms. During the last session of the day, the QS suddenly stopped working. After some investigating, we realized that the lever sensor was too close to the motor cover and the cable to the sensor had been damaged. A new sensor was ordered and we also ordered an extra spare. Which turned out to be a good thing because we managed to destroy another sensor the next time we were on the track by not having enough play in the cable. The sensor got bent backwards when hitting the curb on the inside of the corner and the cable got pulled out of it’s socket. So it´s our strong recommendation to those who get a QS with the sensor on the gear lever that you make sure you have enough free-play on the cable after the install.

After using the QS for the bigger part of the summer we´ve grown quite fond of it. And that´s nice and all. But did it make us any faster? Is it worth the money?
In order to measure if we actually got any faster on the track, we did a few sessions with a lap-timer and we also ran eight test runs from a standstill to 100 km/h. Eight runs with the QS and eight runs without the QS. When it comes to lap times, we can say without a doubt, that you won’t beat your personal best just because you mount a QS.
When doing the 0-100 runs we measured the top speed via gps, Qstarz LT-Q6000 which was included in our test of laptimers, here. The results confirmed that which we had already experienced on track. You won’t get any faster just because you mount a QS.

With a difference of just 0.06 sec there’s really not much difference between the QS and the “standard” way of shifting gears. The “standard” way to shift by keeping pressure on the gear lever and then quickly dipping the throttle has its drawbacks. The hand is rarely as fast as the QS-system. And as we’ve noticed ourself, the hand and the foot doesn’t always agree on which one of them are supposed to do their job first. So there´s been a lot of false neutrals over the years.

A track where the QS was especially useful was in Västerås on the temporary track in 2020. When you exited the grass / gravel part after the finish line you had a long acceleration ahead of you. While on full throttle in the 2nd gear it didn´t take long before the front end started to feel very light. The QS allowed you to just shift to the next gear as soon as the wheel started to lift and the front wheel just changed its mind and went back down again.

So, is it worth the ~400 EUR to get a QS? That sure is a lot of money just to keep you from hitting neutrals now and again.
But let´s wage that against the frustration from when you are being chased down the straight on the second to last lap with another rider right on your tail and you hit neutral… 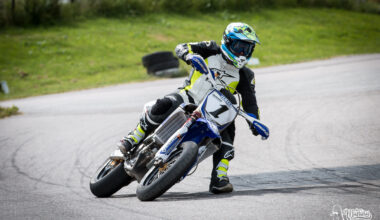